I am in my early thirties and some days I feel like some dreams are just unachievable. One of these dreams is to be at a healthy weight and to be closer to how I was before I had three kids or better. At this point in my life I have never weighted more. Even on my last pregnancy I didn’t weight this much. But an old friend from middle and high school recently showed me that being at a healthy weight is possible and he has given me permission to share his inspiring story.

Like I said, Alan and I have known each other since middle school. Even back then he was a heavy guy and all through high school he played sports but remained on the heavy side. After graduation he stopped playing sports, he focused on college and then getting a job to help support his family. During this time and over the years he continued to gain weight. By December 2016 he was about 540 pounds. He didn’t have the energy to play with his kids, he had a hard time walking to the mailbox, and he used food for comfort. He realized he was missing out on so much with his family and he wasn’t happy. He was ready to change this!

Over the last year and a half he has worked so hard! Exercising regularly and eating healthy foods, no sugar or carbs. He found support from his family, friends, and a support group. He posted regularly on Facebook, giving those who were supporting him updates on how he was doing. In the last year and a half he has lost 300 pounds!!! He looks fantastic but his journey isn’t over yet. With how heavy he was and the amount of weight he lost, he has a lot of extra skin. To get the skin removed and to be fully happy with his appearance he needs a total of 3 surgeries. Insurance doesn’t cover this type of surgeries. A week or so ago he had his first surgery. But he needs assistance with covering the other two surgeries. He has a site for people to donate to help cover these costs. If you would like to help Alan with his last Obstacle by donating, here is the link 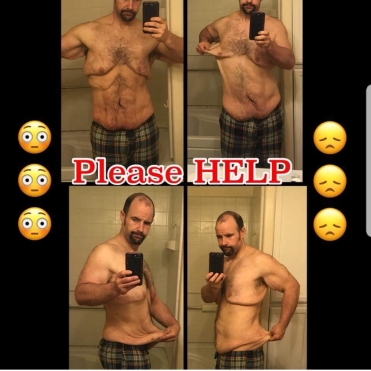 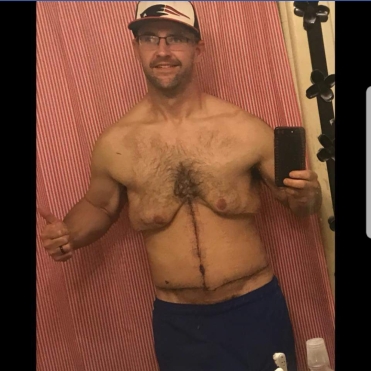 As I said earlier, Alan also found support with a support group. This group was 247 Supporting Your Health on Facebook. This is a private group and you can join but you would need to be added by someone like Alan. Alan also found support from OPTAVIA.com. He is now giving back and is a coach here. Helping others who are going on the same journey he had been on. If you are looking for someone to help you on your journey feel free to contact Alan at the OPTAVIA.com website or you can contact him directly at (509)951-5868.

Recently, one of the local news stations did a story on him. It was very well done and inspiring. Please check it out at https://www.kxly.com/news/local-news/otis-orchards-father-the-incredible-shrinking-man-loses-300-lbs-in-under-18-months/740423281

I hope this story has helped you to achieve your unachievable dream. If you put effort and hope into your dreams, you can achieve anything. Good luck to you!

3 thoughts on “Achieving the Unachievable”